Meet the 6 talented dancers who join the game as extra professionals, taking part in musical guests' performances or even joining the celebrities should their partners take a week off. Keep up with the game to spot when they're around! 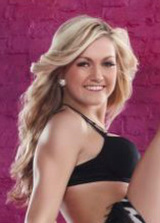 Lindsay Arnold (born January 11, 1994) is a professional dancer. She made the Top 8 of Season 9 of FOX's So You Think You Can Dance. Arnold currently lives in her hometown of Provo, Utah where she was born and raised. She just recently graduated from Timpview High School and plans to attend Utah Valley University. She has been dancing since she was 4 years old and her specialty is Latin Ballroom. 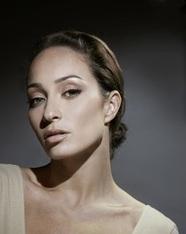 Vai Auhorehoe is a professional dancer. She was born and raised in Tahiti where she trained in ballet, jazz, Polynesian and martial arts. She came to Los Angeles to study after high school, took a few classes to expand her diversity and next thing she knew, she was signed with an agency and thrown into this glamorous world we call Hollywood. Since then, she had the honor to work with the most talented and popular directors, artists and dancers such as David La Chapelle, Usher, Chris Brown, Craig David, Ne-Yo, Toni Braxton, Justin Timberlake and Shakira (to name a few). She also had the chance to work on a few feature films and commercials such as “You Got Served”, “Kiss Kiss Bang Bang”, “The Muppets”, Geico, Motorola, Gap and many more. Now a days, she gets to do what she loves most, which is to choreograph for films, commercials and live performances. She likes to stay creative as it helps her grow as a person. She enjoys doing many different things and indulging herself with many disciplines: she also studies acting with Anthony Meindl, practices Martial arts, and trains in fire arms. 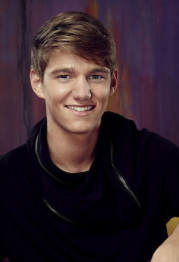 Nico Greetham (born March 5, 1995) is a dancer who made the Top 10 on Season 10 of So You Think You Can Dance. His genre is Contemporary. Nico's original partner was Alexis Juliano, who he made it to Week 5 with, dancing a Hip-Hop, two Contemporaries, a Jazz, and a Jive. The week following Juliano's elimination, Nico danced a Broadway with Hayley Erbert. Once he made the Top 10, he danced another Hip-Hop with Season 4's Comfort Fedoke. Nico was eliminated on August 12, 2013. He will be touring with the SYTYCD Top 10 in the fall of 2013. 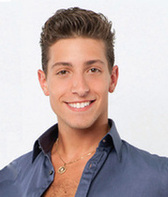 Christopher Nyemchek (born June 7, 1991) is a former troupe member of Dancing With the Stars. Born in New Jersey, Kiki started ballroom dancing at the age of 4. He is one of the top Latin dancers under 21. He has represented the United States three times and danced in Junior Blackpool three times in England. He has competed in Ireland, Canada and China and has performed in Spain, France and Finland. His recent titles are: San Francisco Open Amateur Latin Champions, Manhattan Dance Sport Under 21 Latin Champions, La Classique Du Quebec Rising Star Amateur Champions. Just this past May, he became 29th in Under 21 in Blackpool, England out of over 300 couples. 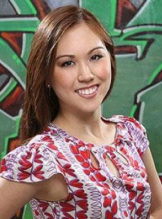 Katee Taira Shean (born May 14, 1988) is a contemporary dancer from San Jose, California. She has been taking formal dance lessons since she was 4 years old and trained at the Teen Dance Company and Atlas School of Dance with ballet, tap, jazz, hip hop, lyrical, pointe, and modern. She has been teaching at South County Classical Ballet for just over a year now with fellow finalist, Stephen "tWitch" Boss. Shean was born in San Jose, California and graduated from Pioneer High School in 2006. She currently attends Chapman
University, where she is pursuing a double major in leadership and dance and is active in many volunteer organizations. Sometime after the So You Think You Can Dance tour, Katee moved to Los Angeles along with Comfort Fedoke and Courtney Galiano. Shean also auditioned for Season 3 of So You Think You Can
Dance but was cut on the final day of Vegas week. She and Joshua Allen were the only two contestants in their season to make the final four without an appearance in the Bottom 3 couples, or Bottom 4 contestants. Shean was the second contestant eliminated on the season finale, but as the highest placing
female dancer, was awarded $50,000. On July 30, 2009, Shean returned to So You Think You Can Dance with fellow Season 4 contestant Stephen "tWitch" Boss to perform their Emmy-nominated piece, "Mercy", choreographed by Mia Michaels. Shean, along with former Season 4 contestants Courtney Galiano and Chelsie Hightower modeled for Cliche Cosmetics, a make-up Web site marketed for dancers. Katee's danced for numerous artist like Jennifer Lopez, Ke$ha and Rihanna in music videos, TV and award shows. On September 20, 2009, Katee was reunited with Joshua and appeared on the 61st Primetime Emmy Awards performing
to a choreographed number by Napoleon and Tabitha D'umo. In November, Katee, along with Comfort Fedoke and Kherington Payne performed as reform school girls in the "Bootylicious" number in the "Hairography" episode of the television show Glee. Katee, along with fellow SYTYCD contestants Courtney Galiano, Kherington Payne and Sara Von Gillern will appear as checkout girls in the upcoming indie-movie musical Leading Ladies, starring Melanie LaPatin and Benji Schwimmer. In July 2010, Shean temporarily replaced all-star Allison Holker, who was unable to perform due to a rib injury. Shean partnered season 7 contestant Billy Bell, in a Broadway routine choreographed by Spencer Liff. Katee and fellow Season 4 contestant William Wingfield choreographed and taught
the "choreography round" in the Season 8 audition episodes. In 2012, You can find Katee as one of the "Fly Girls" for the upcoming reboot In Living Color.

Aric Yegudkin is an Australian professional dancer. In 2012 Aric made the finals of Australia's Dancing with the Stars alongside Zoe Cramond. In 2011, he was the runner-up with Haley Bracken, and in Season 3, he took home the coveted trophy with Home and Away's Ada Nicodemou. After ongoing impersonations of Michael Jackson's Billie Jean routine at the birthdays of friends and relatives, Aric Yegudkin's mother finally took him to a teenage dance class. At age eight, Aric had to choose between his two great passions – dancing and tennis. He chose Dancesport and after just two years became the national juvenile champion. Aric teamed with two partners in the junior section, before being paired in the youth section with Masha Belash in July 2001. Since then, they have won many titles together, including the National Youth Latin American Championship three years running, the Australian - and the South Pacific - Youth Under 19 Latin American Championships, and the
World Super Stars Adult Latin American championship. They were also Australia's representative to the World Ballroom and Latin Championships in 2001, 2003, 2004 and 2009. Aric has toured with theatrical production ‘Burn The Floor' and is one of the principal dancers and choreographers for stage show Dance Dance Dance, performing across Australia for a number of years. Aric holds a
Bachelor of Commerce from the University of New South Wales and is an accredited instructor with Dancesport Australia, holding a Level 1 teaching license.
Powered by