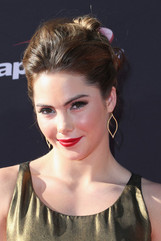 McKayla Rose Maroney (born December 9, 1995) is an American artistic gymnast. At the 2011 World  Championships, she won gold medals in the team and vault competitions. She was a member of the gold medal-winning US women's gymnastics team at the 2012 Summer Olympics and was the 2012 Olympic vault silver medalist. Maroney is also known for her "not impressed" face, which became an internet meme during the 2012 Olympics. 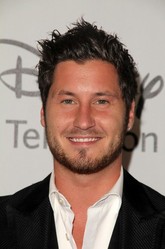 Valentin Aleksandrovich Chmerkovskiy (born March 24, 1986) is son to Aleksandr (aka Sasha) and Larissa, and brother to professional dancer Maksim Chmerkovskiy (Dancing with the Stars dancer). He was partnered with Valeriya Kozharinova. In 2008, Valentin partnered up with Dariya (Dasha) Chesnokova during his high school years, Val attended The Hudson School. Val has appeared on the hit TV show Dancing with the Stars on several occasions. 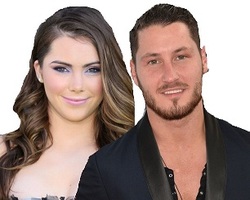