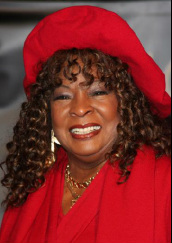 Martha Rose Reeves (born July 18, 1941) is an American R&B and Pop singer and former politician,  and was the lead singer of the Motown girl group Martha and the Vandellas. During her tenure with The Vandellas, they scored over a dozen hit singles, including "Nowhere to Run", "Jimmy Mack", and their  signature "Dancing In The Street". From 2005 until 2009, Reeves served as an elected councilwoman for the city of Detroit, Michigan. 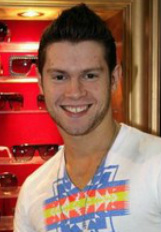 Henry Byalikov is a professional dancer. Henry’s dance career began at 9 years of age. His talent soon was made apparent when, at the age of 11, he became Australian Juvenile Graded Latin Champion. As he honed his craft he acquired many prestigious accolades, such as Undefeated State Adult Latin and Ballroom Champion, and South Pacific Champion. When he turned 18 Henry appeared in his first Australian TV show, ABC’s ‘Strictly Dancing’, finishing as runner up for the final. Later as he turned 22 he competed in the first season of Channel 10’s hit show ‘So You Think You Can Dance’, this is where Henry’s unique style and versatility was demonstrated significantly. As a result, he placed in the top 4 males in the country. Following ‘So You Think You Can Dance’ he received significant interest from Channel 7’s hit TV show ‘Dancing With The Stars’ to appear as a professional and join the cast. Henry was the first in the
series to receive perfect 10/10s in the 4th week. Most recently Henry has been asked to perform in USA’s ‘Dancing With The Stars’, as a professional and has been contracted to The Tasmanian Ballet, which he considers to be an honour and a wonderful opportunity that he is very grateful and appreciative for. 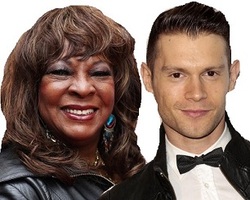