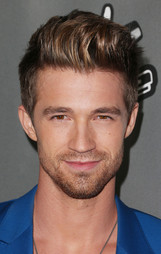 Josiah Hawley (born around 1986) is an American singer and fashion model who made a name for himself by auditioning for the number one hit American reality TV show, The Voice in season 4 of the competition. Josiah quickly became a fan favorite with his unique vocal stylings as well as his classic, all-American looks and his wholesome, boy-next-door demeanor. His mentor and coach was R&B superstar, Usher. Hawley made it to the Top 10 before being eliminated in the Knock-Out rounds. Josiah Hawley currently lives in Los Angeles, CA with his wife. Since The Voice, Josiah has released three original songs which can be seen on his YouTube Channel. Josiah is currently working with established songwriters with the goal of releasing an EP by the end of 2013. 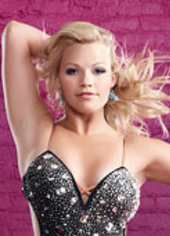 Witney Carson (born October 17, 1993) is a professional ballroom dancer. She was a contestant on season 9 of So You Think You Can Dance. Her genre is Latin ballroom. She was eliminated on September 5, 2012. After SYTYCD, Carson made her way to ABC's Dancing with the Stars as part of the dance troupe for Season 16, while fellow SYTYCD Season 9 alumni Lindsay Arnold became a professional dancer, partnering Victor Ortiz. Carson was featured in a 'Side-By-Side' Samba danced by Olympic gymnast Aly Raisman and Mark Ballas in Week 5.

This is Witney's first season with the DWTSGame. 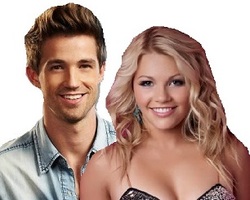