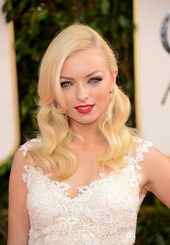 Francesca Ruth Fisher-Eastwood (born August 7, 1993) is an American actress, model, television
personality and socialite. She is known for  starring in Mrs. Eastwood & Company, the E! reality  series that she shares with her family. Her father is famous actor and director Clint Eastwood. Her mother, Frances Fisher, was in the film Titanic. She has been in a relationship with photographer Tyler Shields since 2011. 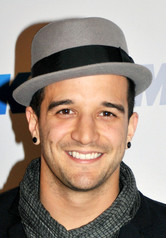 Mark Alexander Ballas Jr. (born May 24, 1986) is an American dancer. At a young age, he moved to London, in the UK, where he began his performing career. He remained in London until 2007, when he moved back to the US. Ballas is a professional ballroom dancer on the ABC program Dancing with the Stars. He began competing on the show in the fall of 2007. He is also a singer/songwriter/musician for the group Ballas Hough Band, where he composes the group's music, plays lead guitar and sings lead
vocals. 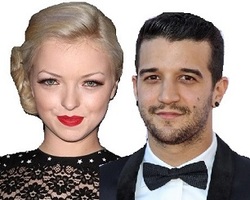