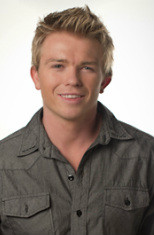 Craig Scott (born around 1981) is an anti-bullying activist who was a student at Columbine High School during the 1997 school shooting. His sister Rachel was among the first students killed. Craig, a 16-year old sophomore at the time, was physically unharmed but witnessed several classmates being killed in the school library as he huddled under a table with two friends, Isaiah Shoels and Matthew Kechter. The next day, he was interviewed at length by Katie Couric on the Today Show. The tearful interview, which NBC did not interrupt with normally scheduled commercial breaks, was described a year later by USA Today as "one of the most indelible moments of the tragedy". Craig wrote of his sister Rachel, "...her love for people was less conditional than anyone I knew... It didn't matter to her what you looked like or who your friends were. Another thing I liked and respected so much was that she made it clear... what her beliefs were". Craig continues to make frequent speaking appearances on behalf of Rachel's Challenge, a foundation set up in Rachel's honor, urging teens to strive for a classroom "atmosphere of kindness and compassion" to stem school violence. He is also periodically interviewed on various television programs, such as 20/20, Dateline NBC, and the Today show, to discuss the loss of his sister and his difficult recovery from the traumatic ordeal he experienced as an eyewitness to the murderous rampage. Most recently, he was interviewed by The Today Show following the Sandy Hook Elementary School shootings in Newtown, CT. 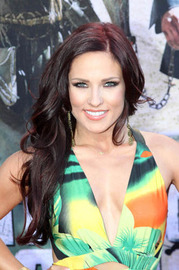 Sharna Burgess (born June 21, 1985) is a ballroom dancer who is best known for being a professional partner and troupe member on the ABC series Dancing with the Stars. She recently participated on
Season 16, partnering comedian Andy Dick and making it through seven weeks of competition. 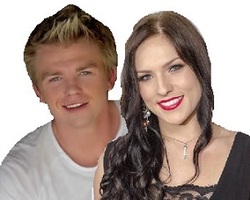