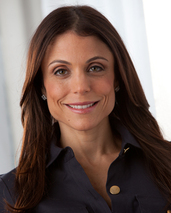 Bethenny Frankel (born November 4, 1970) is an American television personality and talk show host, author, and entrepreneur. A former natural foods chef, she is the founder of Skinnygirl Cocktails, the author of four self-help books and the host of the TV talk show, Bethenny. Frankel has appeared on The Apprentice: Martha Stewart, The Real Housewives of New York City and was the subject of the TV shows Bethenny Getting Married? and Bethenny Ever After. In 2010, she reached 2nd place on the only season of Skating with the Stars, despite scathing reviews from the judges, and multiple heated moments between Frankel and judge Johnny Weir.

Maksim Aleksandrovich Chmerkovskiy (born January 17, 1980) is a Latin Ballroom dance champion, choreographer, and instructor. He is best known as one of the professional dancers on the American television series Dancing With The Stars, on which he first appeared in season two. 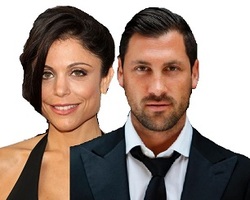